Hello All.
We've moved our blog to Wordpress as it gives the opportunity for a prettier experience (in my opinion). We really hope you'll still visit us over there. 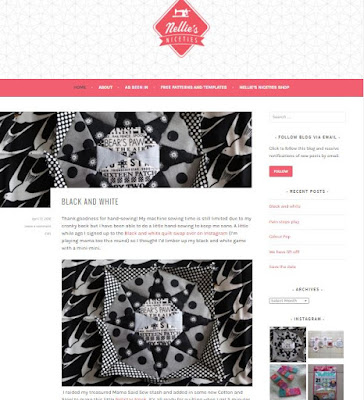 It's still a bit of a work in progress but it should be a lot easier to find all of our free patterns and templates over there. We've moved all of the content from this blog so with time we're hoping it will be somewhere you'll enjoy visiting. Please re-add us to your Bloglovin' and Feedly accounts or consider signing up to receive emails when we post on the new blog. Thank you all for your support here over the years we hope this won't be the end of our little community.
Catch you soon x
Posted by Reene@Nellie's Niceties at 15:23 No comments:

Email ThisBlogThis!Share to TwitterShare to FacebookShare to Pinterest
Labels: Wordpress

My stupid back has been giving me hell so there has been much whinging and complaining and very minimal sewing. What little sewing I have been doing is secret and with a deadline fast approaching I'm thankful for diazepam! To alleviate the misery that comes with lack of creativity, I have had fun laying out tiles for our kitchen. Hubby has been very tolerant and agreed to these gorgeous patchwork style tiles. Rather amusingly they are called Batiks... 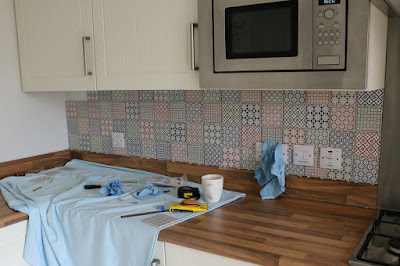 I love the effect that they give. I think they're a good mix of traditional and modern style and they represent my patchwork madness that dominates the rest of the house but was a bit lacking in the kitchen until now. The kitchen feels very homely with this little infusion of colour. I'll get a better picture when hubby has finished the grouting...As it just wouldn't be right to finish a blog post without something fabric-y I thought I'd share my progress so far on the Patchwork of the Crosses BOM. Jessie Fincham of Sew and Quilt is running this gorgeous Liberty fabric BOM and while the fabrics and colours are not really me I suspect there is a teenager not too far from here who will love this when it's finished. 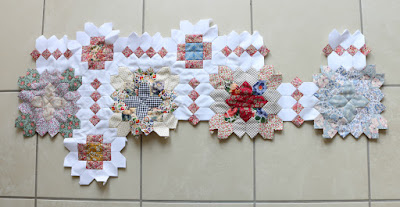 I'm running slightly behind as I'm fairly certain month 4 won't be far off but as I'm stitching the blocks together as I make them I'm using that as my excuse. I just know that if I left all the joining to the end of the 12 months BOM the quilt top would never be finished. It's quite nice to just stitch something without having to make any design decisions for a change.
I hope all is good in your corner of the world. Catch you soon x
Posted by Reene@Nellie's Niceties at 19:54 2 comments: 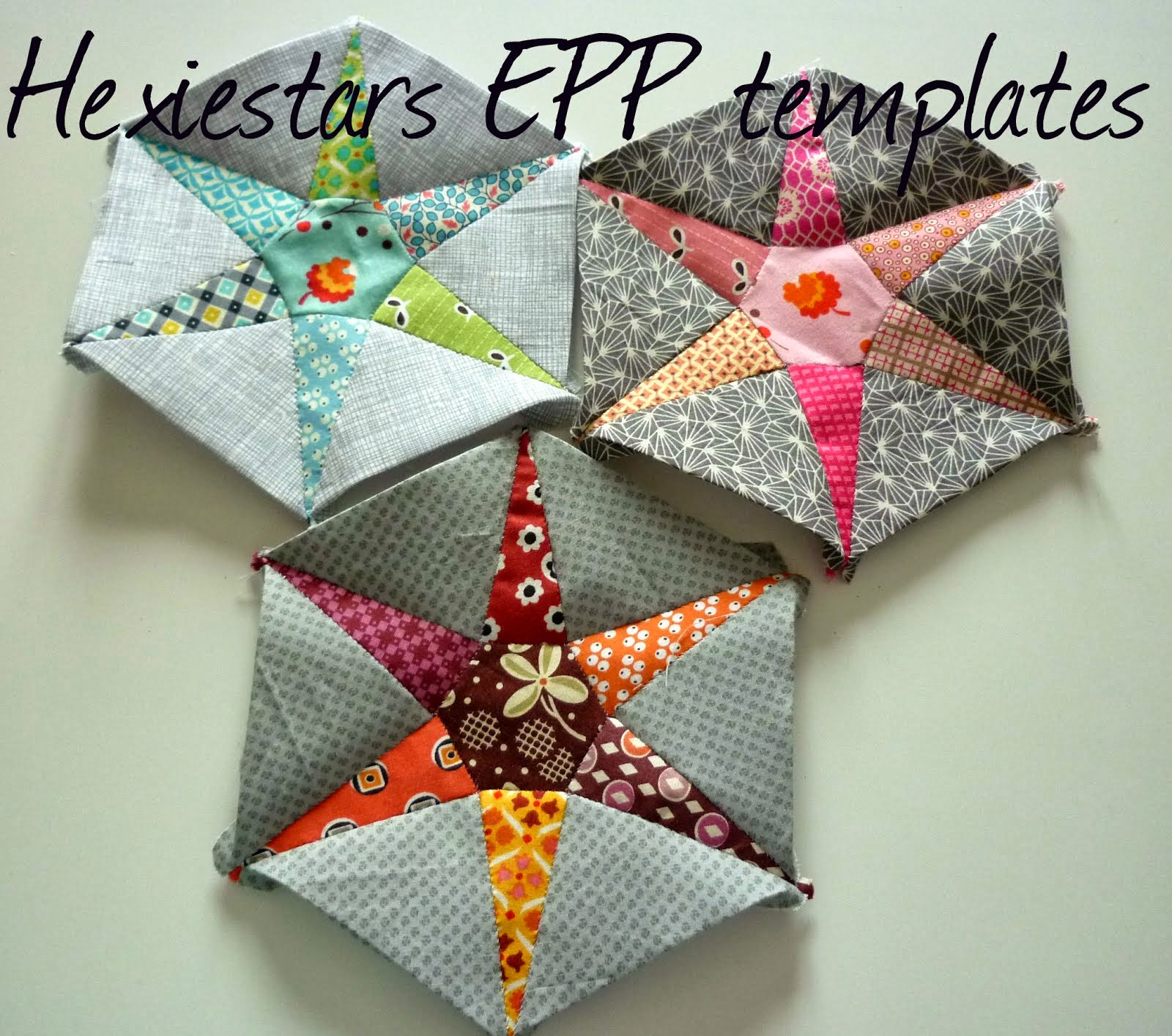 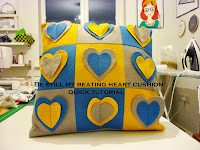 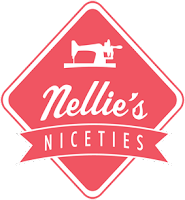